How to draw a mind map

When someone says, "mind map," you might imagine a huge fat octopus spreading its arms all over. "I appreciate the idea of visual thinking, but why does it have to come together with those messy tentacles?" you could argue. 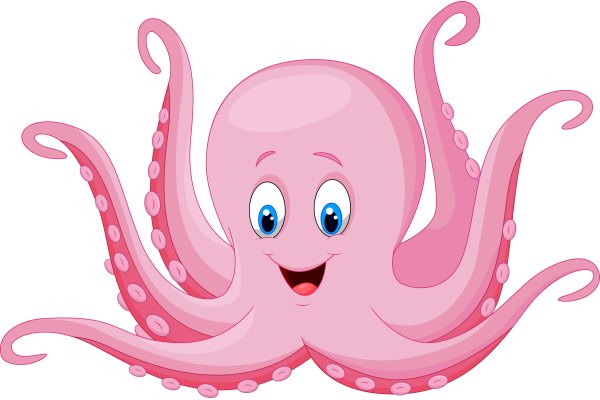 The good news is, it doesn't. A mind map need not be fluffy and convoluted. In this article, we will show how to draw lean mind maps that make sense.

The following set of guidelines for mind maps is taken from the GRAF visual language.

Use a ladder for small mind maps

If your mind map is small, use the "ladder" layout. 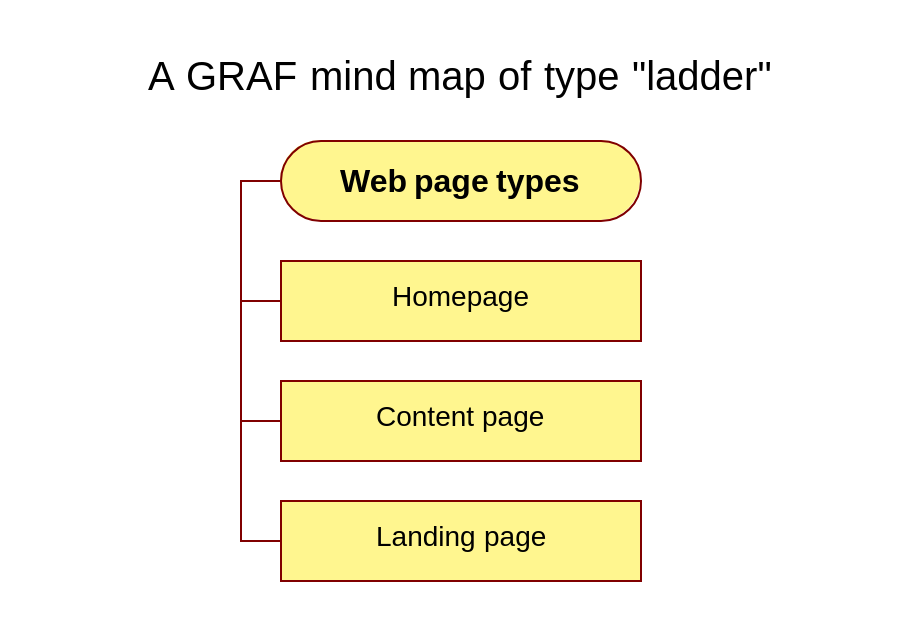 As you see, it is quite simple. The header contains the central idea and is placed at the top. The subordinate ideas are placed below the header and are aligned vertically. Don't forget to make sure that the icons under the header have the same width.

If the sequence of the subordinate ideas is important, you might want to consider drawing a flowchart instead of a mind map. 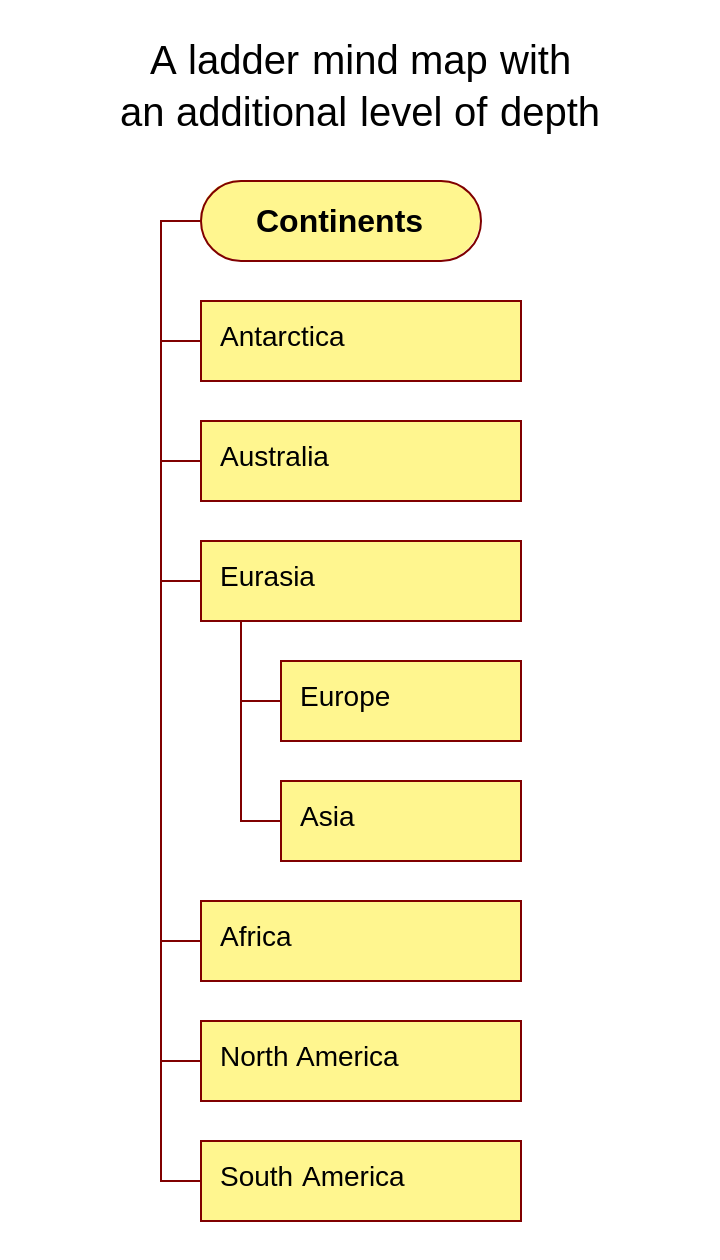 The horizontal layout and checkers

Another option for small mind maps is to arrange icons horizontally.

Add levels of depth if necessary. 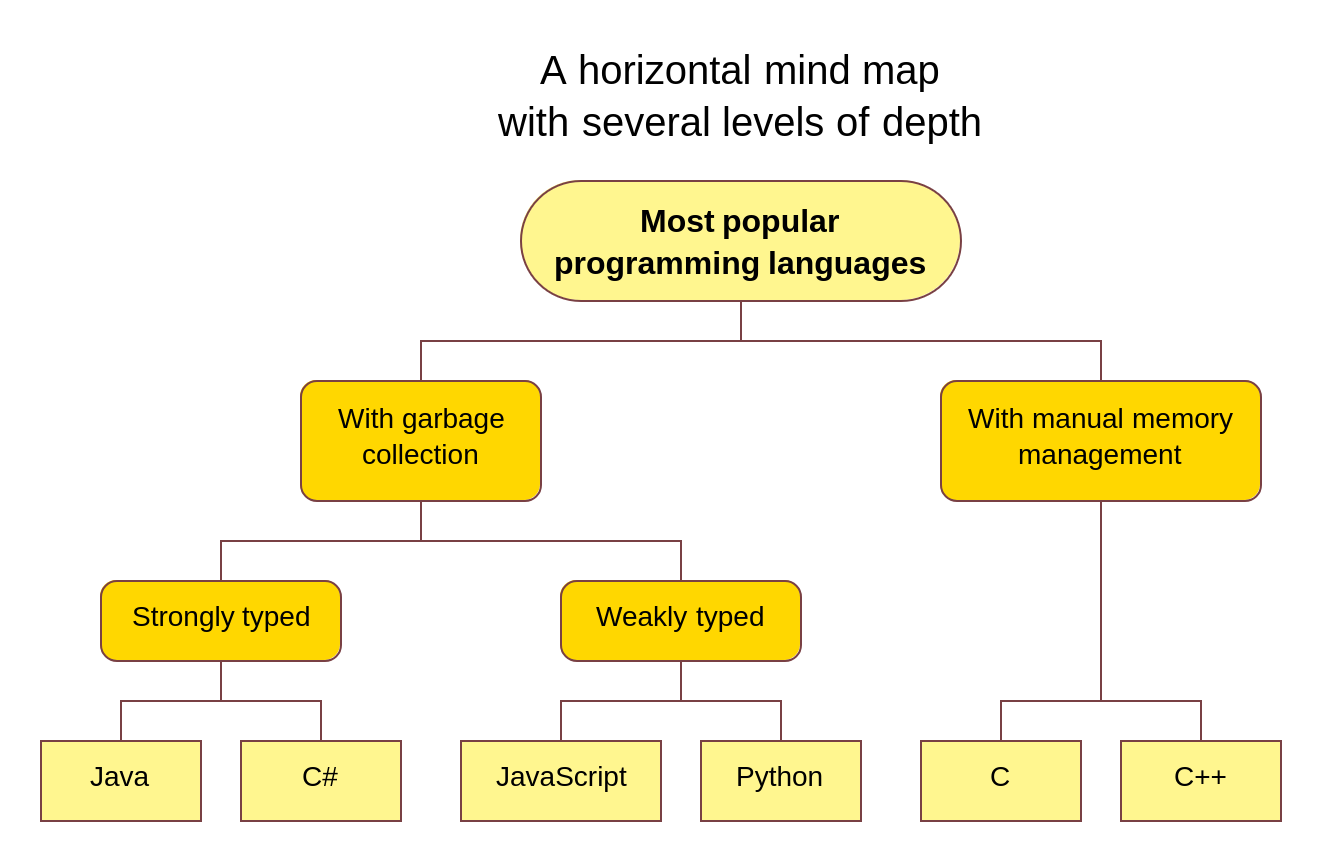 If you desperately need to save some horizontal space, think of the "checkers" layout.

Use the mixed layout for large mind maps

The ladder and the horizontal layout are good for visual analysis of simple problems. But not all problems in the real life are simple. As a result, many useful mind maps are not small.

If you want to make a large mind map, use the mixed layout that combines the horizontal layout and the ladder or the checkers and the ladder. 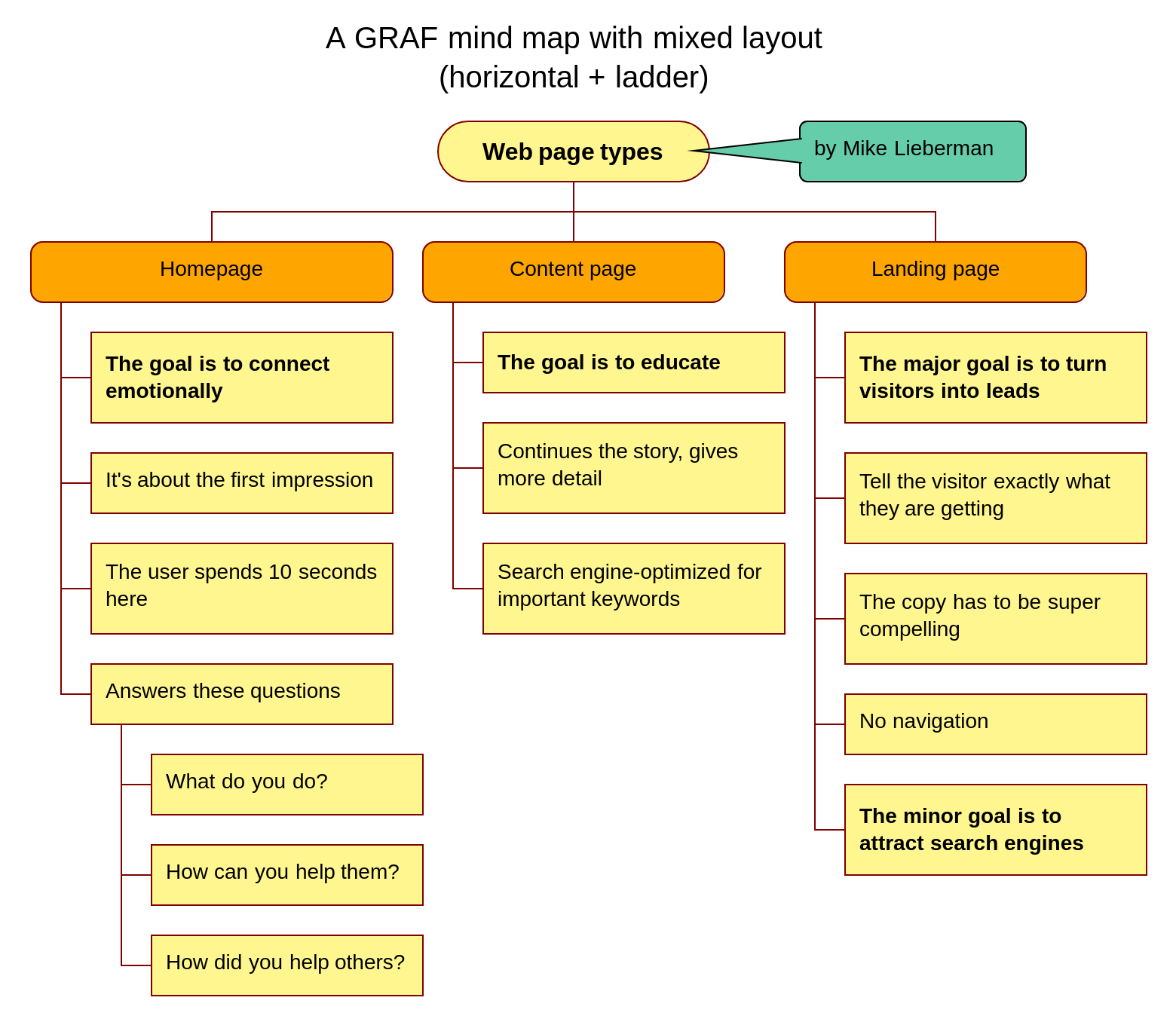 Both the horizontal and the ladder components of a mixed mind map may have more than one level of depth. 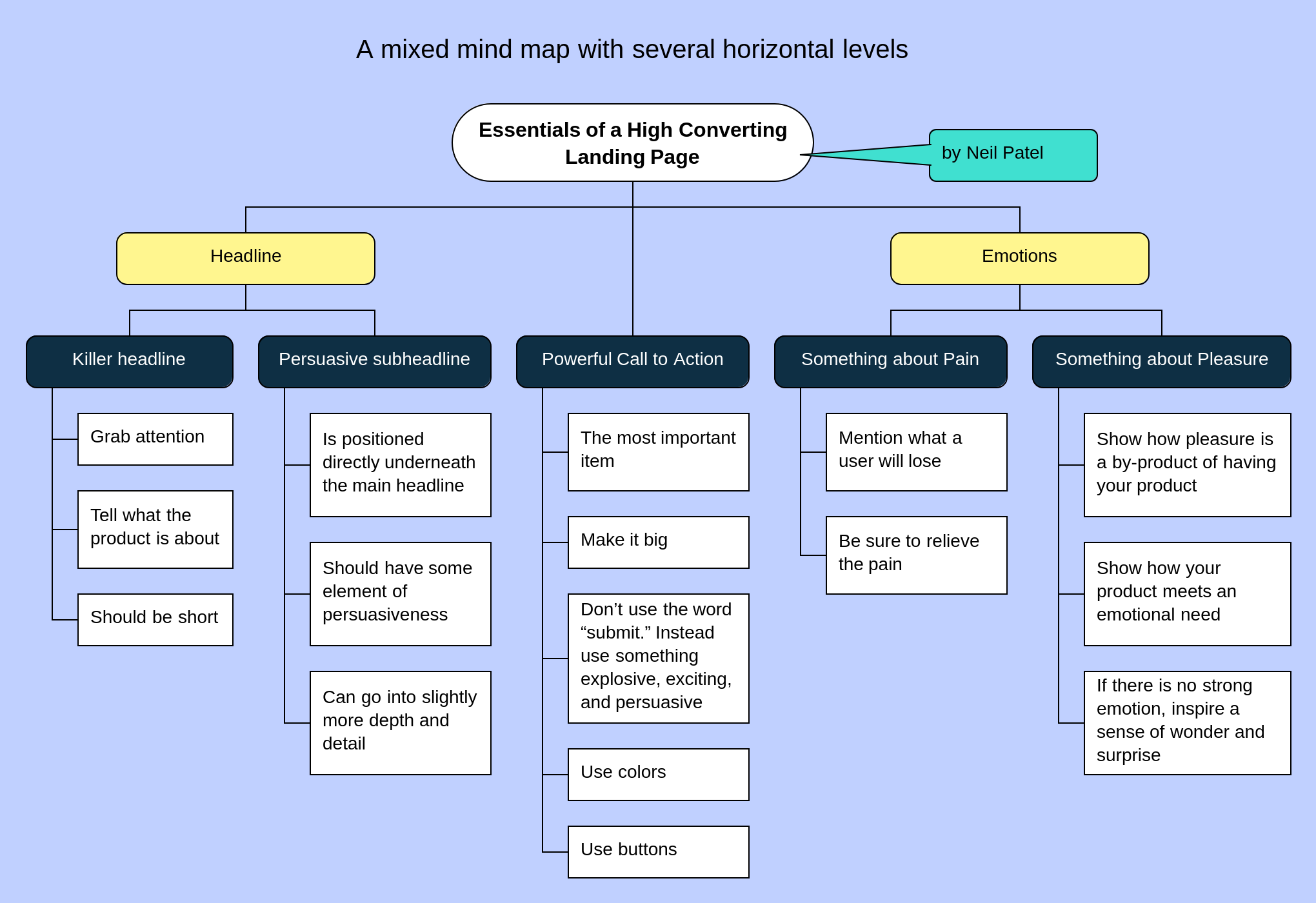 Break up diagrams when they become too large

Sometimes, people put too much information in one mind map. Consequently, the mind map grows so huge that it becomes hard to comprehend and, hence, useless. Don't get me wrong: Large mind maps are okay, just don't let them get too large. When you feel that the diagram is getting out of control, break it up. Here is how:

In DrakonHub, you can jump from the origin icon to the new diagram. 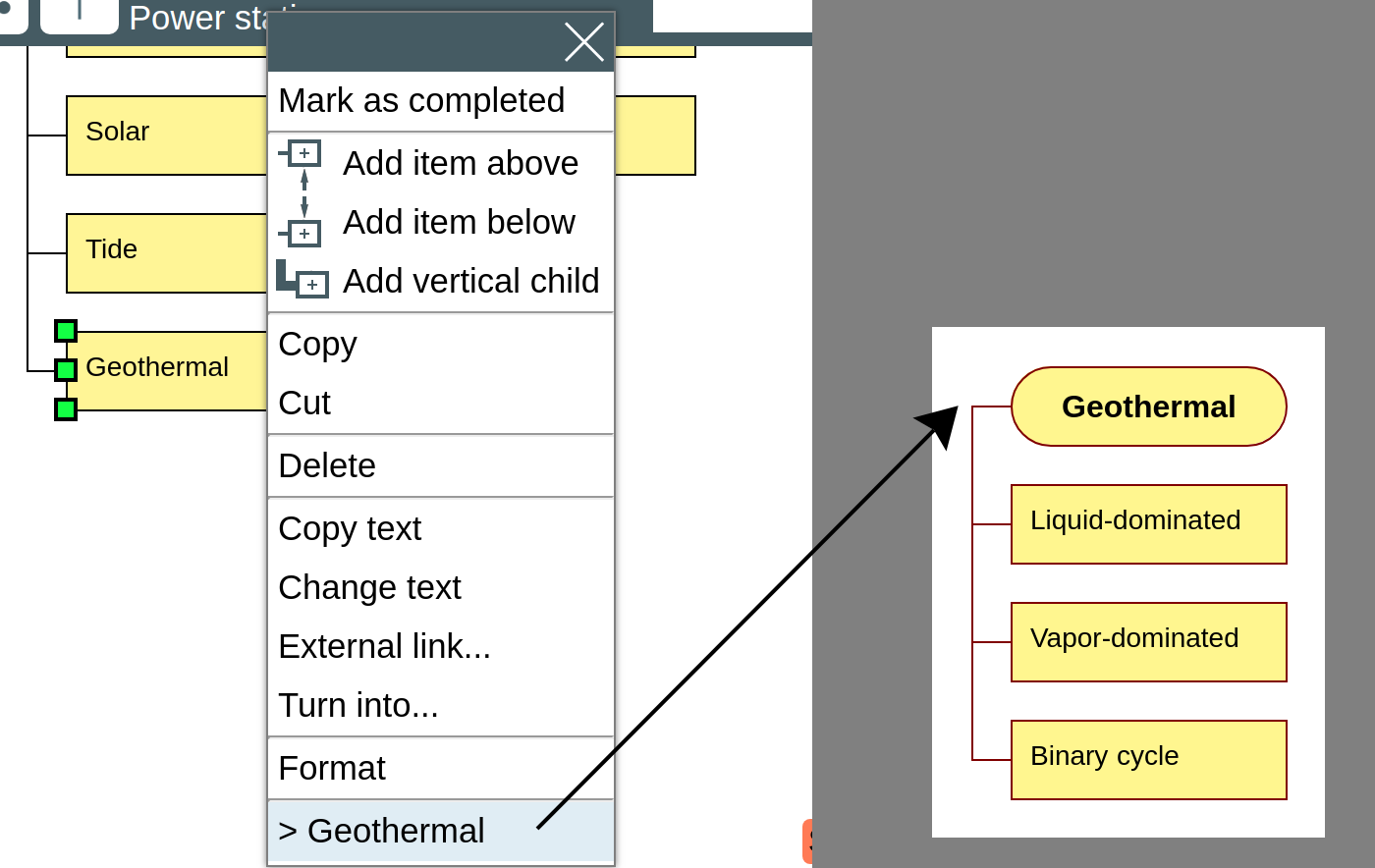 Just right-click the origin icon and choose the name in the context menu. Again, the name of the target diagram should match the text in the icon for that to work.

Use colors to tell the reader additional information 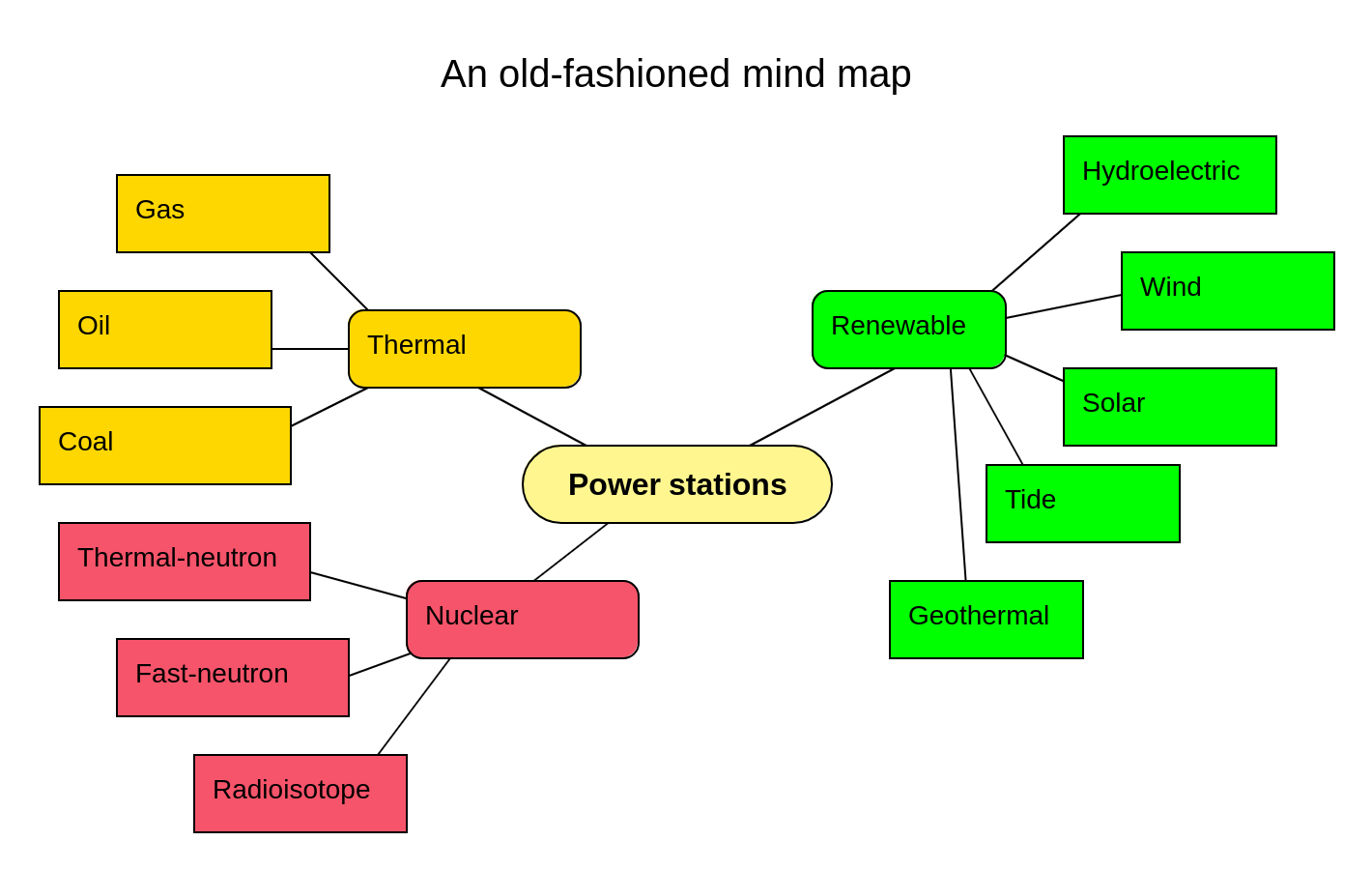 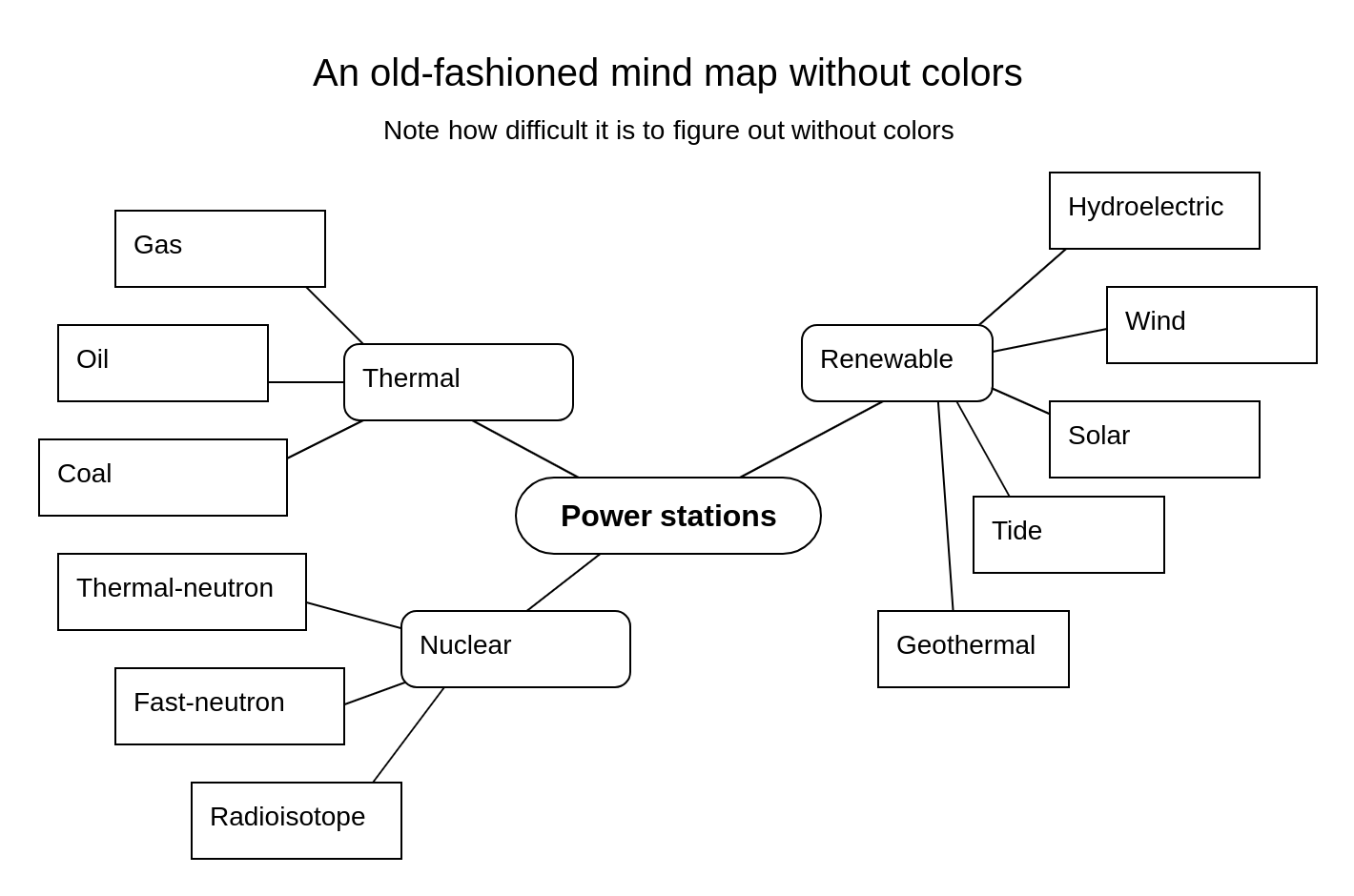 In the traditional mind maps, colors were often used to visually separate branches.

There is no need to do that anymore. The modern mind maps have a clear hierarchy and structure. We don't have to paint branches in different colors just to show that they are different. It is already obvious. Colors are freed up for other purposes. For example, colors can add an additional dimension to the diagram, create one more information channel.

How to create a mind map from a complex text

One of the practical applications of mind maps is the visualization of complex concepts and theories. Here are the steps that explain how to turn a complex text into a mind map:

Theoretically, you don't need anything to follow these steps, besides a piece of paper and a pencil. However, if you use a proper tool, such as DrakonHub, you will save a lot of time and effort. Will this tool, you will create mind maps much faster.

In addition, the quality of your diagrams will be higher since it is so easy to edit and improve them.

Video: How to draw a mind map